Life on a lake takes on new meaning during the winter months, especially our view from the kitchen window. With the absence of leaves the vista expands and the black branches are a stark contrast to the now frozen water crusted with thin white snow. A red tailed hawk circles overhead, waiting. 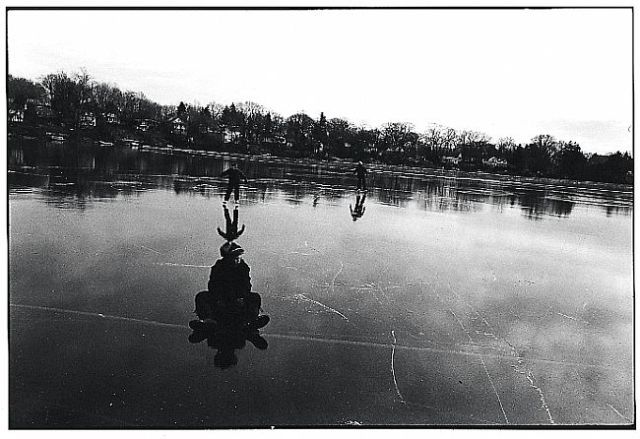 After the first leaf season ended we settled into what we believed would be an almost sublime skate across a wide open sheet of black ice. This would be followed by a cozy scene of a happy family toasting marshmallows in front of the open fire while the snow floated past the picture window. Who could ask for anything more from winter?

During one of our tours of the house before buying it the owner highlighted all the selling points. The house had new windows, it was wired with an alarm system and oh yes, it was wired for a generator.

As city transplants we cocked our heads and asked, “Why?”

“Just in case the power ever goes out,” she said.

“Does that happen often?”

“No, but best to be prepared,” she said.

A thinking person would have investigated this a little further and asked around. Instead we looked at the large red metal box on two wheels and asked, “Is it difficult to use?”

The owner, a petite woman weighing no more that 100 pounds answered. “Oh no, it’s so easy. I simply wheel it outside that door, plug it in and it starts right up.”

I know what you’re thinking. Did you ask her to demonstrate it? Wrong again.

A few days before the sale was final the husband of the petite woman talked Rob and I through a series of steps to hook up the generator.

“Okay, now first you have to shut off the mains.”  He pointed to the circuit breaker.

“Oh yeah, if you don’t shut this down you’re likely to blow up the place when the real power comes back on.”

“Then you wheel the generator out, fill it with six gallons of gas, but you better have extra tanks of gas on hand,” He said.

“You wouldn’t want to run out.”

“Now after you plug it in, click this,” he moved his hand quickly past a small, black nondescript button. “Then adjust the choke, you gotta fiddle with it sometimes, then just pull the crank until it starts. Piece of cake.”

Again you would think we would have asked him to actually demonstrate it. I looked at Rob with a concerned face. “Do you understand this?”

The owner, a man we later always referred to as “the Strunz,” from the Italian “stronzo” made his own face. “Listen, my wife can do it,” he disparaged. 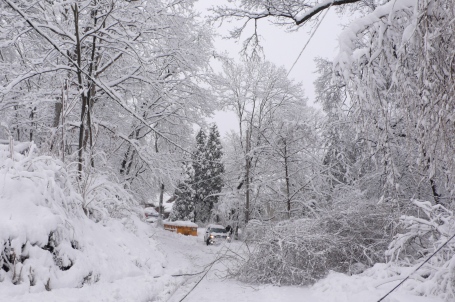 Exit “the Strunz” and return to that first winter. Long before a flake fell a strong wind blew down a power line and we rushed to get our generator running. Standing in the dark Jackson clutched a flashlight in the cold night air while I held the funnel in place and Rob sloshed in six gallons of gasoline.

“Maybe we don’t need all that gas,” I suggested.

“Maybe you should shut up,” Rob barked as he tried to steady himself on an uneven walkway holding up six gallons of flammable liquid.

He finished and staggered back a little with the empty can.

Rob grabbed the flashlight without answering and went to switch over the power. Jackson went back upstairs to play with his sister by candlelight.

“And don’t flush the toilet until I say it’s okay,” Rob called after him.

“Maybe we should just go out to eat or to the movies,” I said.

“Maybe you shouldn’t talk,” he said, nervously as he handed the light back to me. “Shine the light here while I set the choke.” Rob moved a small lever and stepped back ready to pull the crank. Which he did repeatedly until he had to sit down on a nearby lawn chair and catch his breath. I’m leaving out the string of curse words that filled in that span of time.

We regrouped and tried again and low and behold  the engine suggested it might start the way an old lawnmower sounds when it wants to help you out one last time. Encouraged, Rob took a deep breath, braced himself against the machine and pulled with every last article of strength he had left.

The little red generator roared. Rob beamed. He proudly turned on the alternate power circuit breaker and low and behold we had a smattering of lights come on in the house including the refrigerator and well pump. We were back in business.

Quinn came to the top of the basement steps and cried, “What’s that horrible noise?”

The sound sputtering from the generator was deafening but we had overlooked it in light of our recent success. We went inside and tried to shield ourselves from the din but it vibrated up through the walls and could not be ignored. Again I suggested we head out to the movies which was again rebuffed.

“We can’t leave the house with a running generator.”

And I hummed, “…we are all just prisoners here, of our own device.” 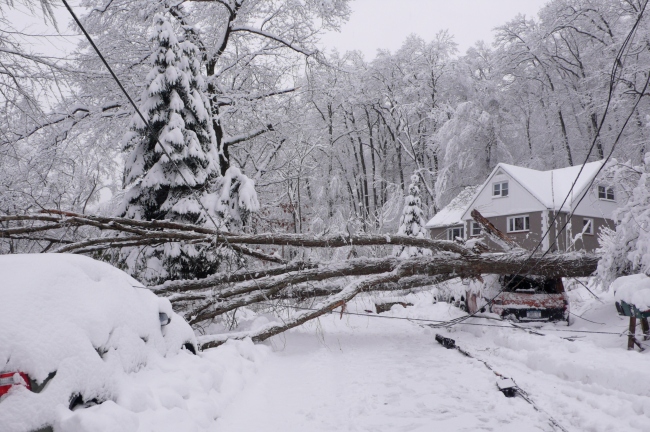 Jackson cupped his hands around the kitchen window and declared that all the houses across the lake had lights on. Either everyone had a generator or the regular power had been restored. Rob looked deflated as he turned off the motor reversed his steps and switched back over to the main line. But nothing could take away the fact that he had been able to make it work when needed. The cursing returned as he tried to figure out how to drain the generator of the remaining six gallons.

In the thirteen years that followed the little red engine that usually couldn’t sometimes came through in a pinch. The process never changed, Rob cursed his way through each encounter but he and little red began to get to know one another a little better. Each time Rob begins to switch over the lines he mimics the previous owner’s wife. “…it’s so easy. I simply wheel it outside that door, plug it in and it starts right up.”

When Superstorm Sandy hit last fall we had been prepared with a row of filled gas cans, gallons of drinking water, candles, lanterns, batteries, dry firewood and plenty of food in the fridge. True we still have to shout to be heard and Rob still curses but you can’t have it all. With life on the lake you sometimes find you get what you need. 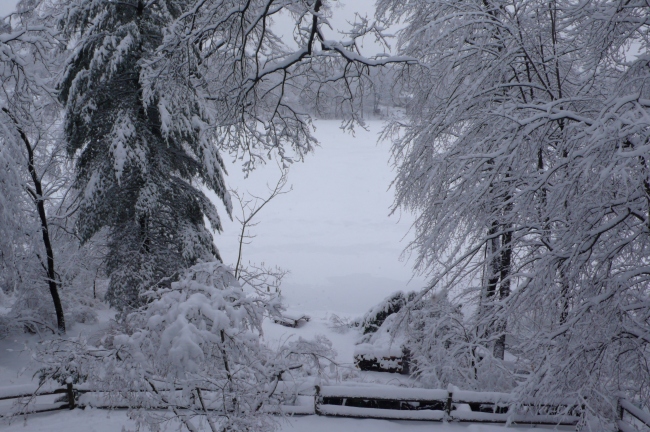 One thought on “HOUSE BOUND OR TALKING ‘BOUT MY GENERATOR”