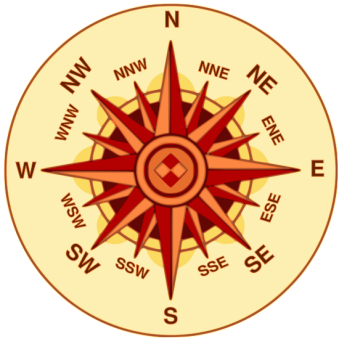 “Wasn’t that our turn?” Rob shrieked, as we sped past our exit and drove into the unknown darkened superhighway.

Tossing the map aside I scanned the large green signs above me in hopes of getting us back on the right path.

“Not knowing where we’re going is even more nerve-racking!”

I’m sorry to say this is an all too common occurrence. 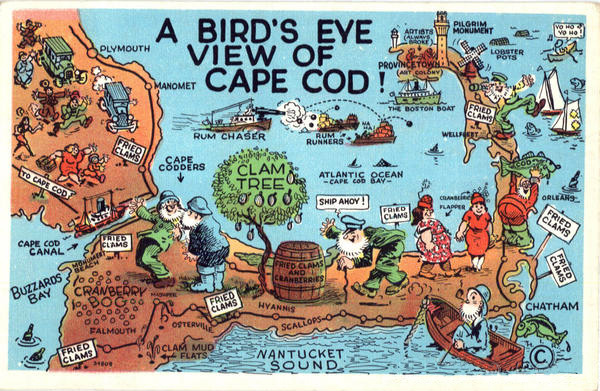 I have never understood maps. I love them, I find them attractive, but I can’t read them; even the ones decorated with pictures of little 3-D buildings. I get lost in the pictures and can’t find my way to where I need to go.

In elementary school I struggled to understand geography lessons. My eyes would focus on the icons decorating the map: corn in the Midwest, cotton in the South. I would daydream about who might live in this spot. Did the girls play with dolls? Did they eat fried bananas for breakfast? I would make up a story about a family and when the teacher called on me I would always have to answer. “I don’t know.” I promised myself I would do better next time but it was pretty pointless. 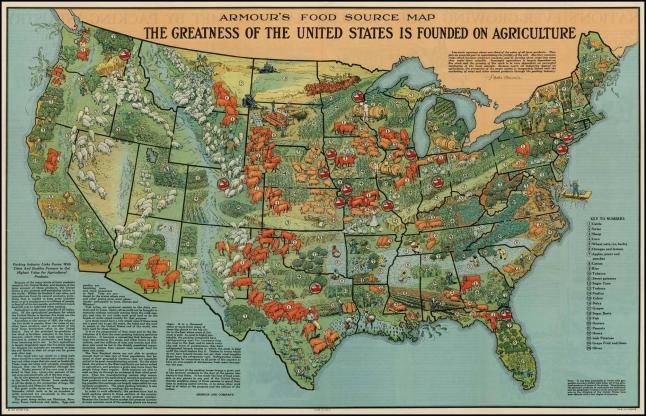 In college I took a cartography course which was almost laughable. The instructor, an adjunct (in a time when they were less common) painstakingly showed me, yet again, what I was doing wrong.

“Your drawings are well…beautiful,” he would say. “But they’re all wrong.” He paused thinking he had hurt my feelings. “Does that make sense? Does any of this make any sense?”

I only wanted to take the class because a friend of a friend had a clear box of cartography pens on his desk. I had never seen pens like those. They were filled with loose ink that dripped down into tiny needle points.

The instructor probably thought that teaching an evening class to college students would be a nice break from toiling away for long hours, alone, at his drafting table. I sometimes wonder how this group of highly trained draftsmen transitioned over to modern technology and gave up their pens. Such beautiful pens. 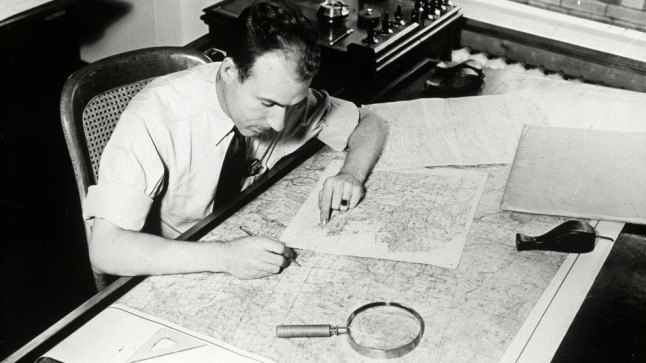 When I am driving alone to a place I have never been, a certain panic sets in. I can follow line by line directions much better than visual ones. That’s interesting to me because I have great spatial reasoning skills when something is right in front of me, when it’s physical. But hand me a two dimensional line drawing that points the way and I’m hopeless.

So when GPS came along it felt like a match made in heaven. Until it wasn’t. Same two dimensional map, but now it’s smaller. Tiny really, and you can’t get a lay of the land which is the only thing about paper maps that worked for me. You can only see a little bit in front of where you are and it’s moving. This fact makes it hard to look backwards.

“Is the blue dot on the green line?” Rob asked in complete frustration.

“I can’t drive and navigate!”

Then there’s “the lady”; that is, the lady in the phone who tells you where to go. Until she stops talking which can happen more than you’d think. Or she never shuts up and repeats the information six times over and you turn her off thinking, you so “got this,” and then you don’t.

When Jackson was graduating from college I left my family at the school to drive to the airport to pick up my sister, Susan. Her flight was getting in an hour before the Phi Beta Kappa induction ceremony. We had plenty of time and Rob had given me a Garmin GPS for Mother’s Day the week before.

“The clerk in the store said this was the best one on the market.”

“Great, “ I said ripping it out of the package like it was the thing that was going to change my life forever.

“I wouldn’t be so hasty to throw that away,” Rob said picking up the directions. “You better read this instruction manual all the way through.”

Reading instruction manuals is something Rob does, not me. He also only seems to get lost with me in the car. My feeling is that if the manufacturers really wanted you to understand what they made, they would put it down in neat, bulleted points that fit on one sheet of paper creating something one possibly could understand.

So with Susan in tow I punched in the coordinates for the college and off we went. The Garmin voice told us to turn, drive and turn. The voice decided for some arbitrary reason to take us off the highway and even though I knew better, I listened. After all she was the authority.

“This must be some sort of shortcut,” I assured Susan. 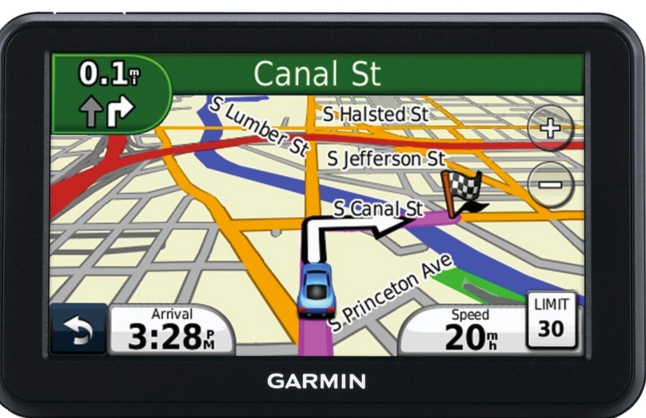 We drove on. We meandered into odd neighborhoods, poor neighborhoods, rich gated neighborhoods and industrial districts where we passed numerous body shops that didn’t sell gas. All the while the Garmin voice kept telling us, “Turn here and here.” And with each turn she added on the number of minutes it would take us to get to our destination.

“Look it’s five minutes longer than it was ten minutes ago and we’ve been driving the whole time,” I screamed.

We hit every red light imaginable between the airport and the college. At each stop the time until our arrival increased.

Susan stayed calm and tried to make the whole situation seem funny. “It’s very hard to argue with her,” she said. Our father used to say there was something funny in every situation, even someone’s death. I wasn’t laughing.

We arrived in time to hear the President of the college propose a toast to the inductees and then make a hasty retreat. I learned about the ceremony weeks later from the pictures Rob had taken.

“I want to get a hammer and smash the Garmin.”

The Garmin went back to the store and we carried on as before. If our destination was difficult and we were together I drove and Rob navigated.

Then two years ago I bought an iPhone. I didn’t buy one to text or read my mail or take photos. I bought one because of the GPS. It seemed they had gotten most of the bugs out of the system. I would plug in the address from my current location and off I’d drive, carelessly listening to music while the voice interrupted occasionally to ensure I was on the right path. All was right with the world. Until it wasn’t.

Early in the Fall we were driving home from New Jersey and Rob asked me to plug the directions home into the phone.

As we headed towards the George Washington Bridge he asked me to check the traffic and compare the upper and lower levels.

It still wasn’t working and he had to make a guess. As we were crossing the bridge he asked me which way to go. Again it wasn’t working.

“You’re doing something wrong,” he shouted.

“What am I supposed to do?” he exclaimed.

I thought about it for a second and said, “Didn’t you grow up here? Don’t you know the way home? What if we didn’t have a GPS, what would you do?”

He laughed a good long laugh. “You’re right,” he laughed again. It was as if he had been hit by lightening. I shut off the phone. Rob’s strong sense of direction kicked in and he navigated us home GPS free. It was one of those “ah-ha” moments. We were using it even when we didn’t really need it. 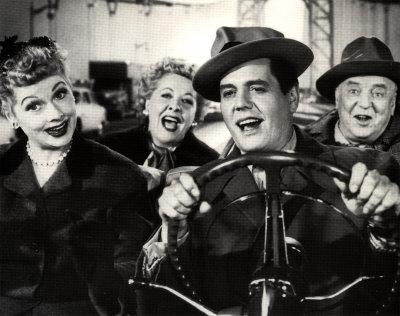 Two nights ago I punched in the address for a bowling alley in a town I had never been to. I was driving along and the voice kept repeating, “You have arrived, your destination is on the left,” but I couldn’t see a bowling alley. It was hidden down a long drive I hadn’t noticed. I drove back and forth past the entrance. The lady in the phone never got excited and never wavered she just repeatedly told me to turn around. I pulled over, looked at the map on the tiny screen and saw my mistake. But unlike most people I had to study the map for several minutes to understand that unnerving question: Where am I?

When I arrived at the bowling alley I saw one of my friends and told her how hard it was to find the place.

“Did your GPS forget to tell you to turn left into the service road?”

“No, I didn’t use one. I just pulled over and asked someone for directions.”