Today is March 1st and it’s snowing. We’re stuck in a weather pattern that seems unwilling to let go of its hold on us. The thermometer read minus five yesterday morning when I crawled out of bed and headed to the gym for a 7AM spin class. This is my mission- to get ready to ride around the lake on my bike when all the ice melts. I always choose a spin bike in the back row and stuff my big sneakers into the upper clamps on the pedals. As I slowly warm-up before the start of class I look at the shoes of the other class members. Almost everyone has expensive spin shoes with cleats that allow them to lock into the pedal. I recently learned that the spin shoe gives you a better workout . It provides muscle balance, increased power and more comfort but I haven’t made the purchase in part because I’m waiting to see if this spin thing takes. The same way I’m waiting for spring.

It’s strange riding in place at the back of the pack in a cold room with a teacher shouting instructions through a head set over loud music that is intended to inspire you. When we’re simulating an easy ride along a flat road it helps if I close my eyes and remember my childhood in Illinois. Bikes were always at the ready as we hopped on and took off in a moment’s notice. We met friends at the park or in front of Petranek’s Pharmacy and leaned our bikes up against the long glass store front before we went inside for an ice cream at the still operational soda fountain. 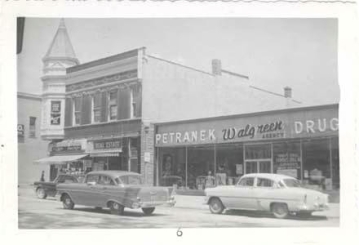 When we’re imitating a climb in class I imagine ascending the hills around my lake house on a warm spring day. Each of these hills vary in intensity and in every  fantasy I never have to get off and push the bike to the top.

Our winding and hilly road is so narrow it runs as a one way strip past our house, so if you forget anything you have to drive all the way around the lake again to retrieve it which can easily take over ten minutes. As a driver you have to creep along at 20 MPH to avoid hitting pedestrians walking their dogs or the occasional jogger. Most drivers are slow and careful and almost everyone waves as they pass you. The road has seven hills in total which can be challenging. For this reason, the hardest thing to do here is ride your bike.

Raising children on Lake Drive didn’t offer a lot of opportunities for bike riding. We have a small flat portion of road that runs about an eighth of a mile just in front of the house. Because the house is set below the street we had to haul the bikes uphill to reach the road, so the image of children running outside and jumping on their bikes for a quick spin to visit a friend never happened.

Jackson learned to ride a two wheeler bike before we moved here but Quinn arrived without that ability. As a parent this always bothered me, that I had somehow failed to provide her with this simple and basic skill. Another mother once announced to me that she had done her duty as a parent and the rest was up to the child.

“She can read, swim and ride a bike,” she proclaimed. “Now she’s ready for life.”

We had the reading and swimming part down but the bike part alluded us. I’m also not entirely sure Quinn held great ambitions about bike riding. She owned a variety of bikes over the years that we lugged to the street, loaded into the car and then drove off to a flat area so she could learn. These experiences never went well and they exhausted me so I stopped initiating them. There was always a small voice whispering in my ear that said, “Yes, of course Quinn will learn to ride a bike.” She was fairly athletic, taught herself to dive and was eager to try new things but riding bikes wasn’t among them. It was hard to reconcile since her paternal grandfather had been a champion bicycle racer.

Then, during the summer before eighth grade we noticed an old Schwinn chained up outside Herb’s Auto & Bicycle Store. We pulled over and got out of the car to take a closer look. The bike only had pedal brakes and it was heavy with big tires and a wide cushioned seat. The cross bar was low so it was easy to climb on. Quinn instantly loved it like an old friend.

For fifty dollars we toted it home and set it up on the kick stand in the gravel drive. Quinn sat on the wall and looked at it for bit then climbed on. “I’m ready to learn,” she announced. All my failings as a parent were about to be mended and erased with time. I procured a helmet and the instructions commenced right in front of the house.

She steadied herself with me holding her seat and we practiced using pedal brakes and tipping to one side to stop with her feet. This concept alone reassured her that safety was just a step away. Back and forth along the allotted eighth of a mile she pedaled. She rode one way turned around and rode back. She did this activity for three days. She had it, but I wanted more. I wanted her to ride around the lake or even part way around. She needed to feel the freedom bike riding could offer, after all hills are a part of life.

I briefly reflected on the time I tried to ride around the lake with Jackson shortly after we moved in. He had a new bike and as we took off down the hill he steered himself and his bike into a neighbor’s hedge with his legs sticking out one side and his head and hands out the other. Lots of people came running over including the hedge owner who was in her yard talking on the phone.

“I have to hang up, a boy just crashed through my bushes.”

As she helped me free him I repeatedly apologized but she stopped me.

“I hate these bushes, I’m going to cut them down.” Which she did about a year later.

I decided Quinn and I  would go the other direction and take on some smaller hills first. Before starting out I drilled her again on the use of her brakes.

“When we come to a hill don’t pedal, just coast and when it starts to feel too fast push back on the brakes to slow yourself.”

“Okay,” she said as if she wanted to please me.

Off we went slowly and steadily coasting down a slight slope before leveling off. “You did it,” I sang out. Quinn forced a weak smile and we pedaled on and then climbed up another incline. When we reached the top we stopped our bikes and looked down.

“I’m not so sure,” she said frowning.

“Oh, it’s nothing,” I assured her. “Just remember to brake as you gain speed.”

“Well you have to stop to do that,” I explained. “We’re coasting to the bottom and that gives you momentum to ride up the next hill.”

“I’ll be right beside you.”

She looked straight ahead saying nothing. I took that as a sign and started pedaling slowly as she followed me. The time between that launch and her crash was mere seconds but I always see that fall in slow motion. I watched the panic set in as she lost confidence and her bare knees and palms skidded across the asphalt. I was powerless to stop the thing that I had started.

Once again another neighbor woman sitting on her porch ran to the rescue. She helped me drag Quinn to the curb and offered some damp paper towels to quell the bleeding then she went to call our house. Rob glared at me as he shepherded a crying Quinn into the car and he became the good cop. I was the bad cop who rode my bicycle home alone.

Quinn limped along for weeks with bandaged and scabbed legs. She wasn’t having any part of the old back in the saddle adage. The bike was stored in the crawl space and languished for years. Her brother asked to bring it to college but Quinn insisted she would one day use it. Eventually some friends brought her to a park and taught her all over again. Eventually she wanted the Schwinn at college and we pulled it out but now it needed new tires and we couldn’t locate the proper size in any store so it went back underground. For one whole year- Order Quinn’s tires– sat at the top of Rob’s to do list. She occasionally reminded him and then forgot about it. I mean if she really wanted the tires she could have looked for them herself.

Sort of like me riding in the back of the spin class staring at all the other people’s spin shoes, wondering if this is a hobby that will take or if spring will ever come. 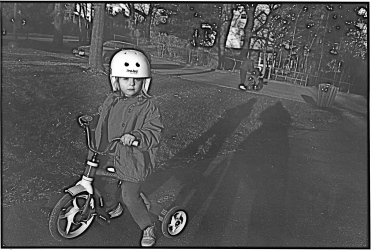